The competent department is looking to hire Family Welfare Assistant (Female) (BPS-07) and Ayah/Helper (BPS-03). Literate and Matric pass candidates who are aged between 18 to 40 years may apply. These vacancies are opening against Minorities Quota.

How to Apply for Population Welfare Department Kohistan Upper Jobs 2021? 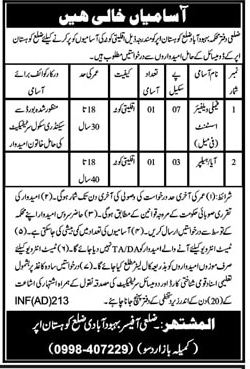