Job seekers looking for Jobs in Lahore should review this information on careers at Lahore Museum (Lahore Museum Jobs 2023). The page will also be updated on current career opportunities, interview schedules, and related information.

The Lahore Museum is located at The Mall Lahore. The museum houses an extensive collection of Buddhist art from the ancient Indo-Greek and Gandhara kingdoms. It also has collections from the Mughal Empire, the Sikh Empire, and the British Empire in India.

Today, the Lahore Museum has published an advertisement regarding the recruitment of Class IV Staff on a contract basis for three years. Jobs are opening for Drivers and Sanitary Workers.

Males and Females from Punjab Province are eligible. Relaxation in the age limit will be provided under Punjab Government Recruitment Rules. Interested applicants can send their applications to the Lahore Museum before 28th February 2023. 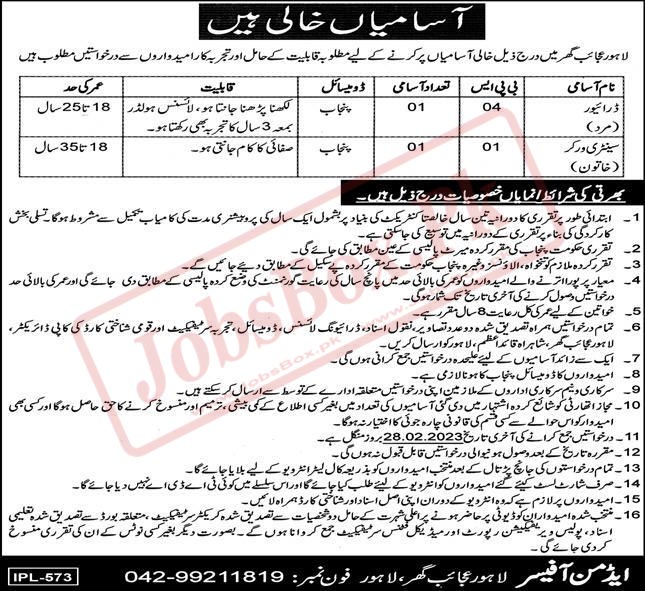