Candidates with the domicile of Khushab district are eligible to fill the posts of Class IV staff. Quotas for minorities, persons with disabilities, and children of government employees will also be observed.

The advertisement announced the recruitment of Female Helper & Chowkidar. A total of 88 vacancies are being filled, of which 44 are for Chowkidar and 44 for Female Helpers. Literate and middle pass candidates from Khushab can apply.

The age limit is stated in the career notice. People with disabilities will be given 15 years of age, 5 years for men, and 8 years for women. Candidates can send their papers to the District Population Welfare Office before March 15, 2022. 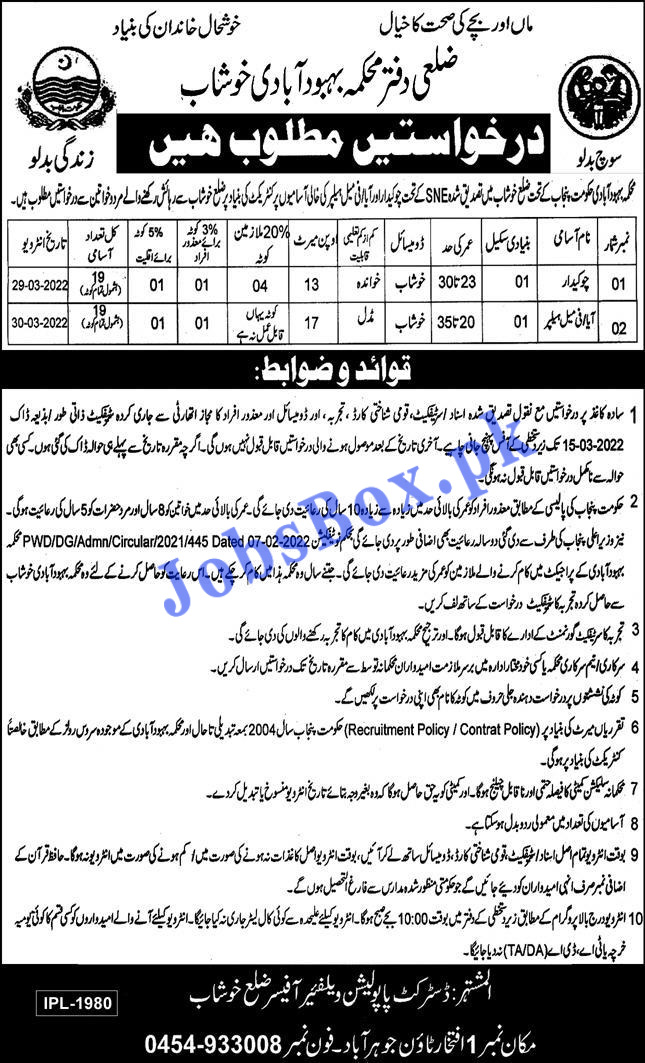