This page contains the Communication and Works Department Balochistan Jobs 2022-23. Today, we obtained this advertisement from the Daily Jang newspaper.

Applications are invited from qualified individuals having domiciles in Balochistan Province to fill these positions. Candidates looking for Government Jobs in Balochistan should read the post.

Literate, Primary, Middle, Matriculation, and Relevant Field Diploma holders are eligible for these vacancies. Complete eligibility criteria are described in each advertisement.

The Communication and Works Department announced Class IV vacancies in Jhal Magsi, Sibi, Kech/Turbat, Harnai, Jaffarabad, Dera Bugti, Awaran, Gwadar, and Kohlu. So, candidates who belong to the concerned districts are eligible for these vacancies.

This appointment will be made under Balochistan Recruitment Policy 1991. The age limit for these positions is declared 18 to 43 years. The age relaxation in the upper age limit is admissible.

The department has the right to increase/decrease the number of posts. According to Government Recruitment Policy, a 5% quota shall be observed for Minorities and Females.

Applicants working in Government Departments are eligible to participate in this recruitment process to get selected, but they should get NOC from the previous department.

How to Apply for Communication and Works Department Balochistan Jobs 2022? 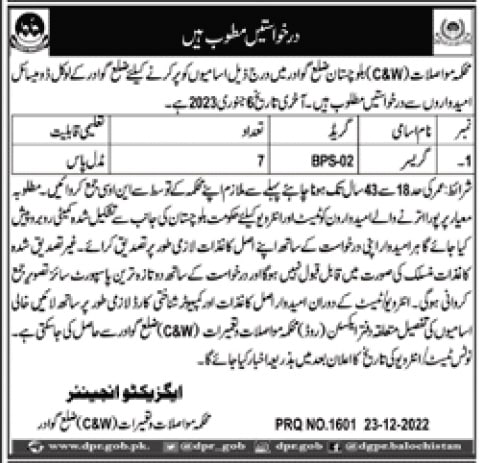 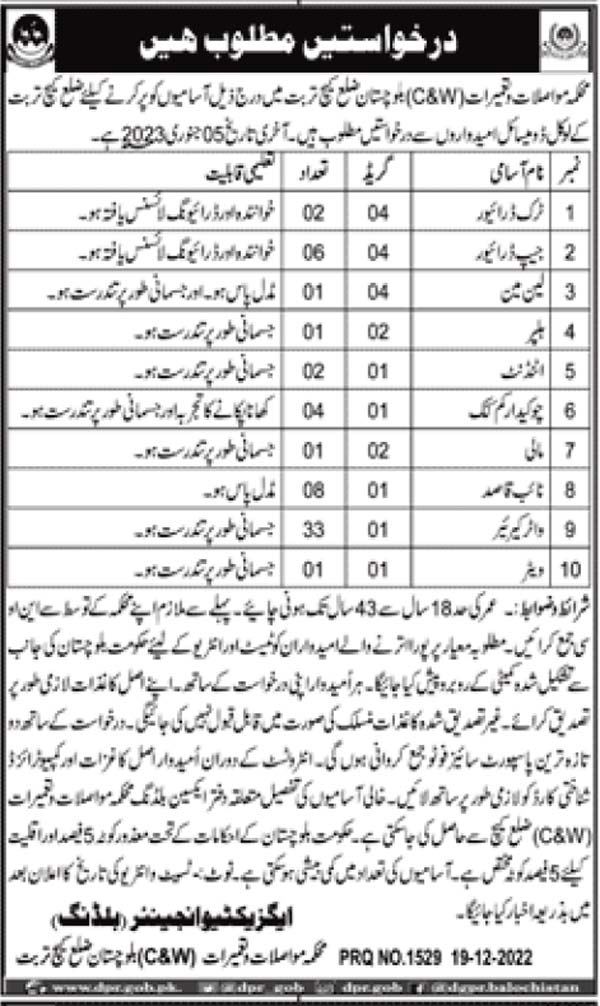 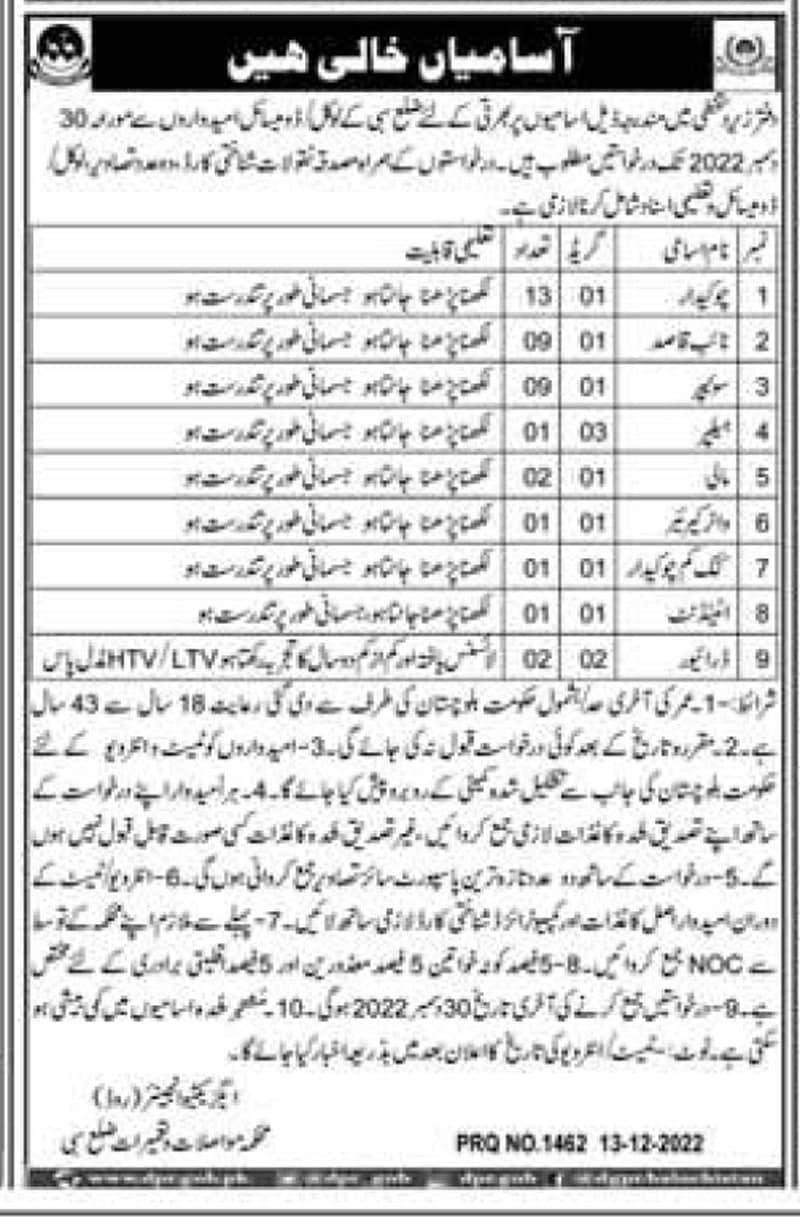 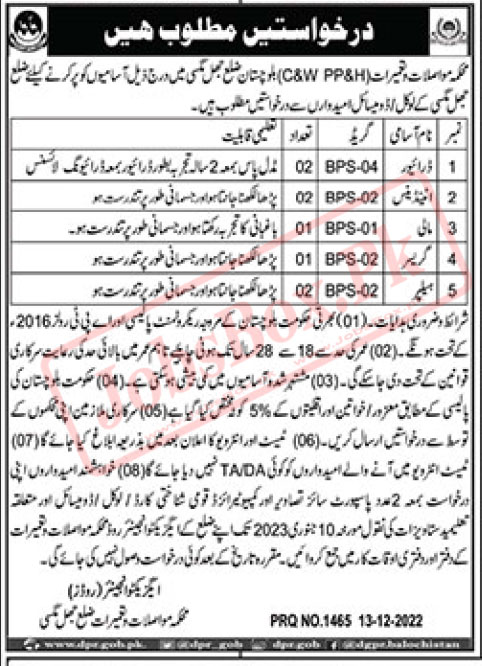 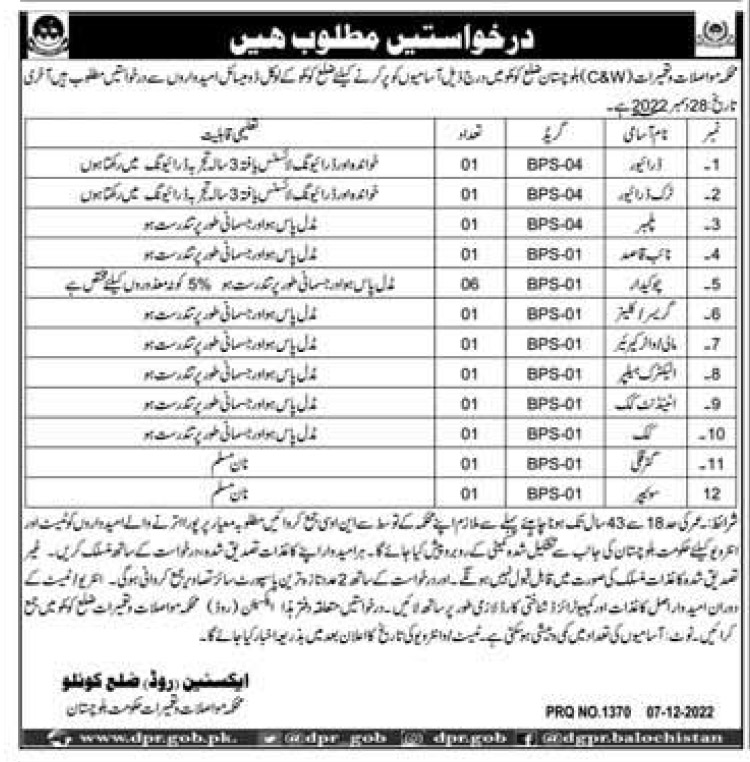 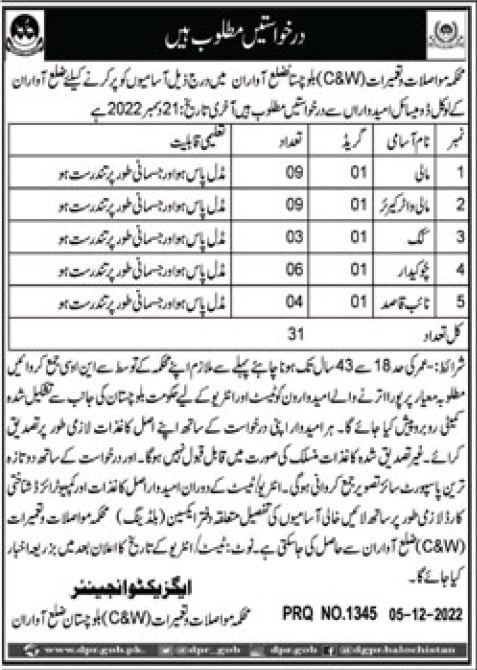 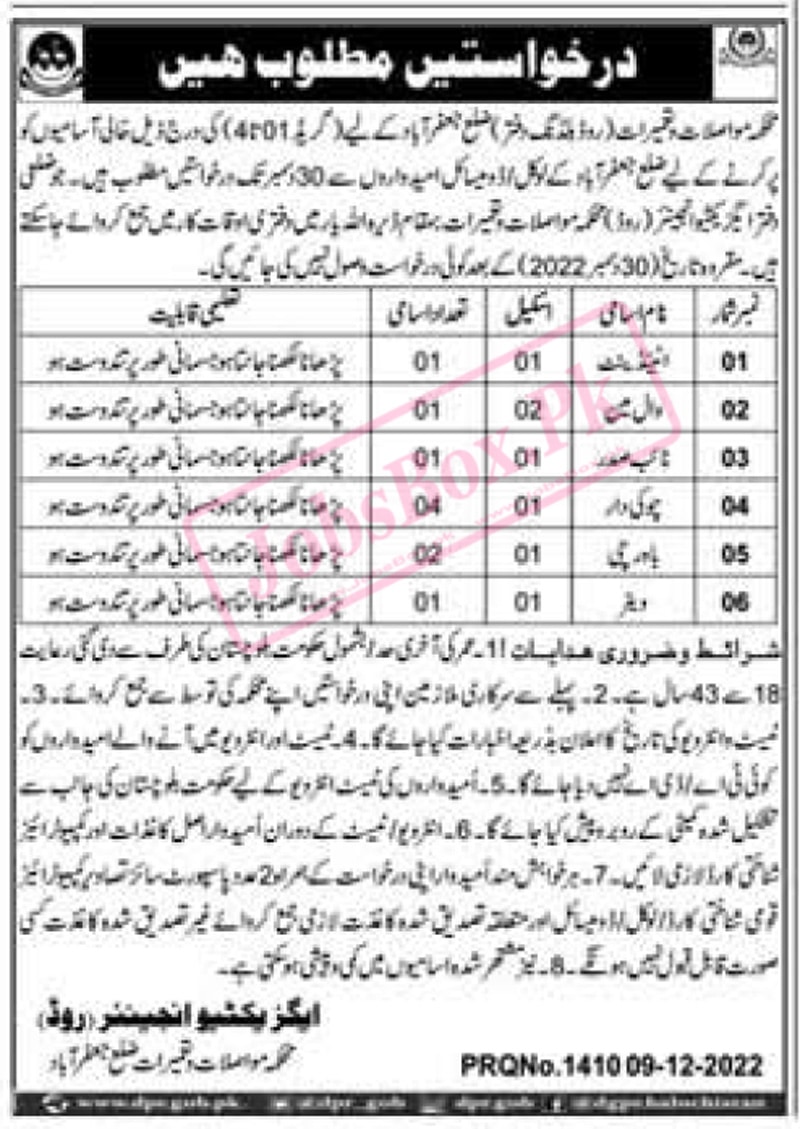 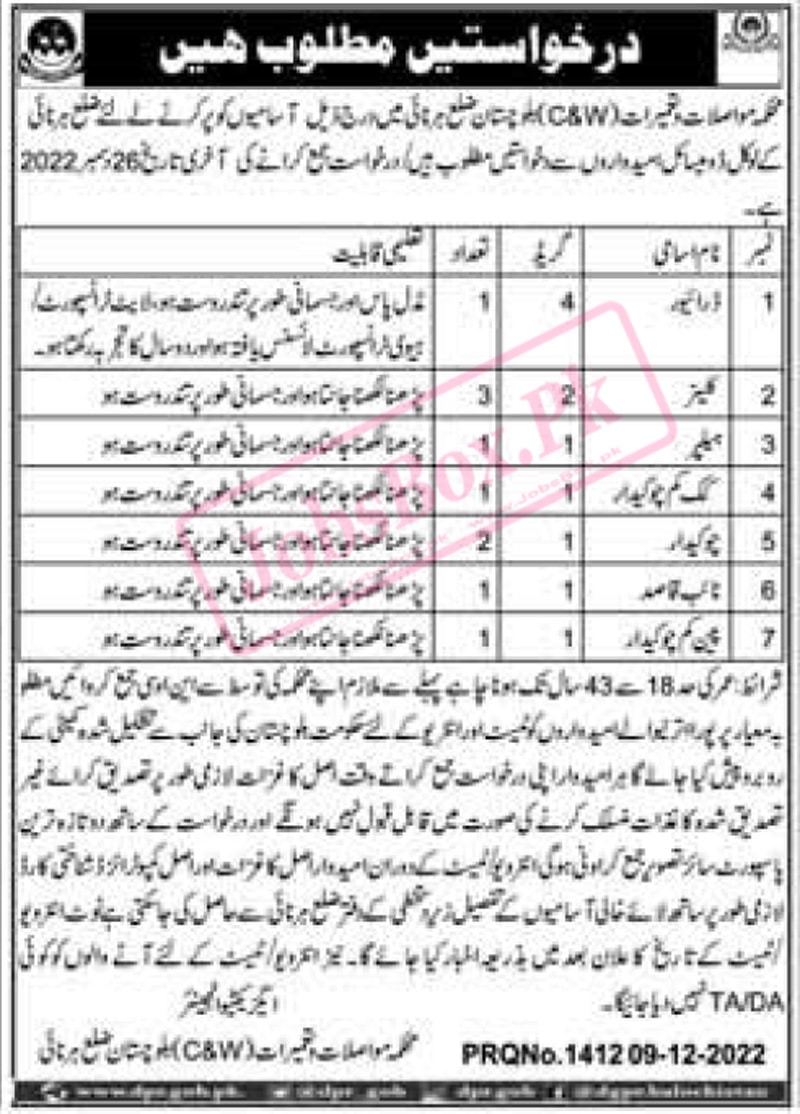 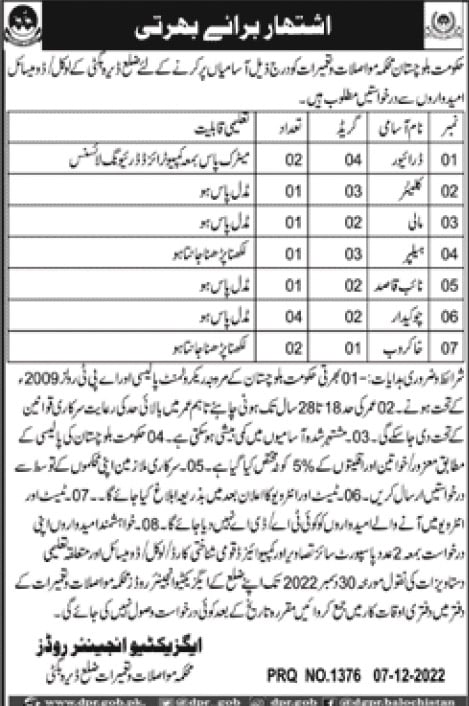