On this page, we posted new career opportunities opening in the Police Department. Interested individuals searching for Police Jobs may read this advertisement. We published here Border Military Police Rajanpur Jobs 2021 – BMP Jobs Advertisement. Interested applicants are requested to read the advertisement and apply for the desired post. We get this BMP Jobs Notice from the Daily Nawaiwaqt newspaper on 27 June 2021.

The post of Armour demands Matriculation or equivalent qualifications. Candidates who are interested in Sawaar Jobs should have minimum middle qualifications. Matric Pass candidates are also eligible to apply for Wireless Operator & Dispenser Jobs.

Male and female applicants having domicile of Rajanpur are eligible. The age limitation is 18 to 30 years. The age relaxation in upper age is 5 years. Candidates who want to apply for Sawaar Jobs should also fulfill the height, chest, and race requirements.

Interested individuals who want to apply for these positions should forward applications before 31 July 2021. They can forward their information to the Commandant, Border Military Police, Rajanpur. Candidates are requested to forward all requisite information and documents in the application.

Currently, Border Military Police Rajanpur Jobs 2021 is announced to recruit Drivers (BPS-04) and Water-Carrier  (BPS-01). Interested individuals who are residents of Rajanpur can apply for these vacancies. Candidates having Primary and Middle qualifications may forward their applications. Candidates applying for Driver Jobs should hold a driving license and driving experience. The age limitation for all vacancies is 18 to 30 years.

Only applicants having a domicile of Rajanpur are applicable. Candidates who are already in Government departments should apply through the proper channels. Candidates can forward their applications before the deadline. 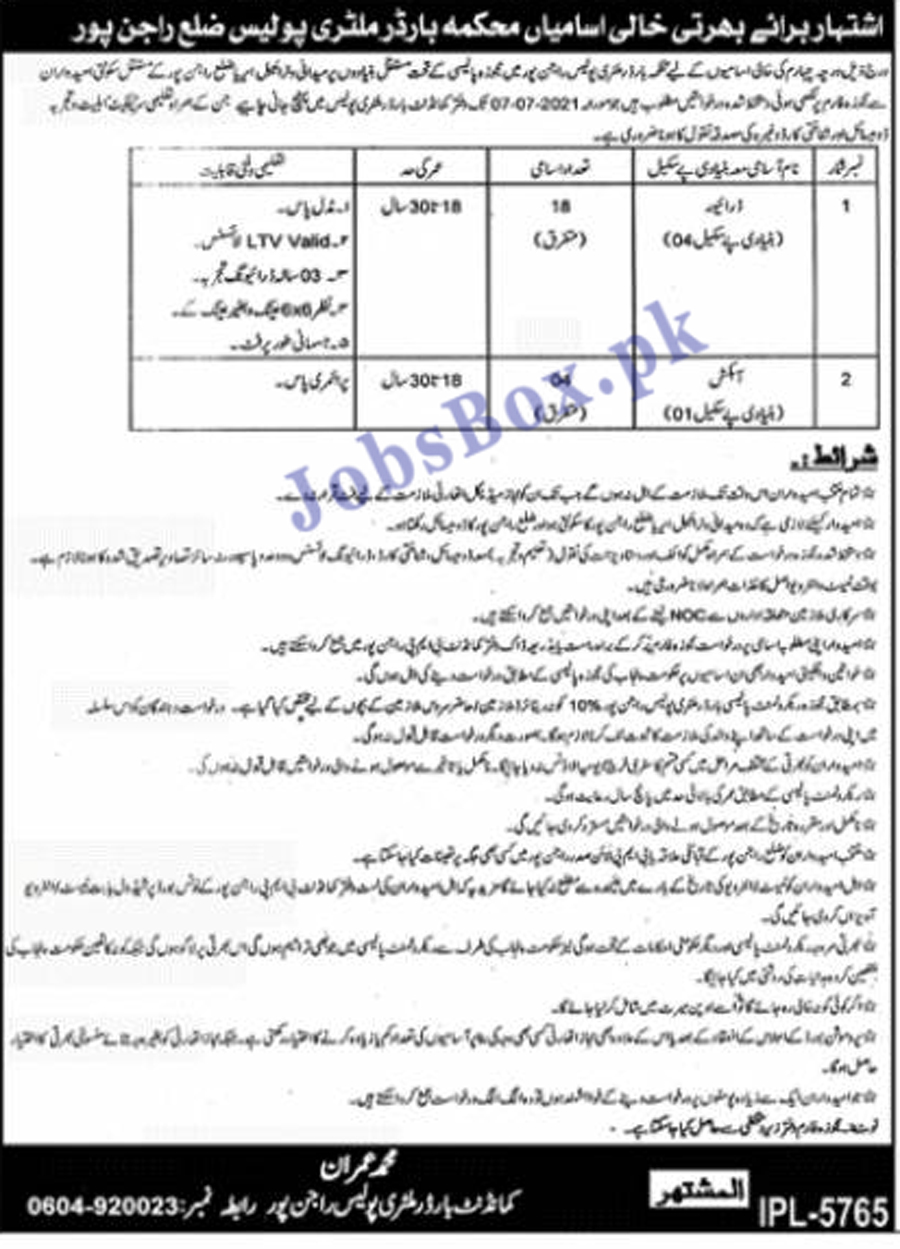